We Updated the Bill Tracker Interface and Added an Update

The Bill Tracker got a slight user interface update and we also added a new "Autopay" flag when adding and editing bills.

The update to the Bill Tracker interface will help make finding information about the bill much easier on quick glance. For example, this will save you from having to click through a bill to see which account it's set to pay from.
Here's a sample of what the new Bill Tracker page looks like: 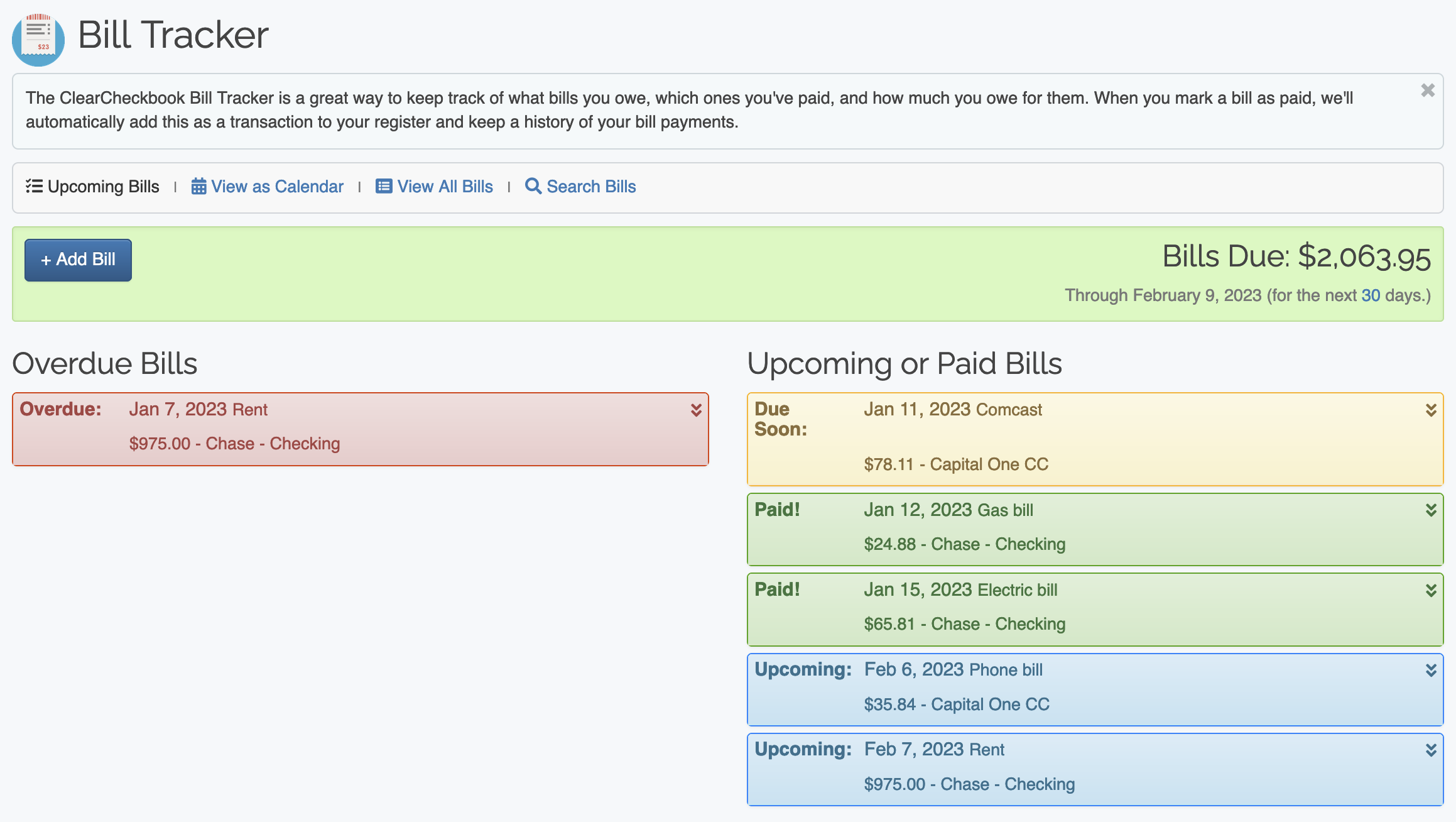 In an effort to help you keep track of which bills are on autopay and which you need to manually pay, we added an autopay flag when you add or edit a bill. If you check the Autopay checkbox, a new icon will appear next to the account name the bill is being paid from.

You can see the icon in the screenshot below next to the Checking account name in the Paid and upcoming bill: 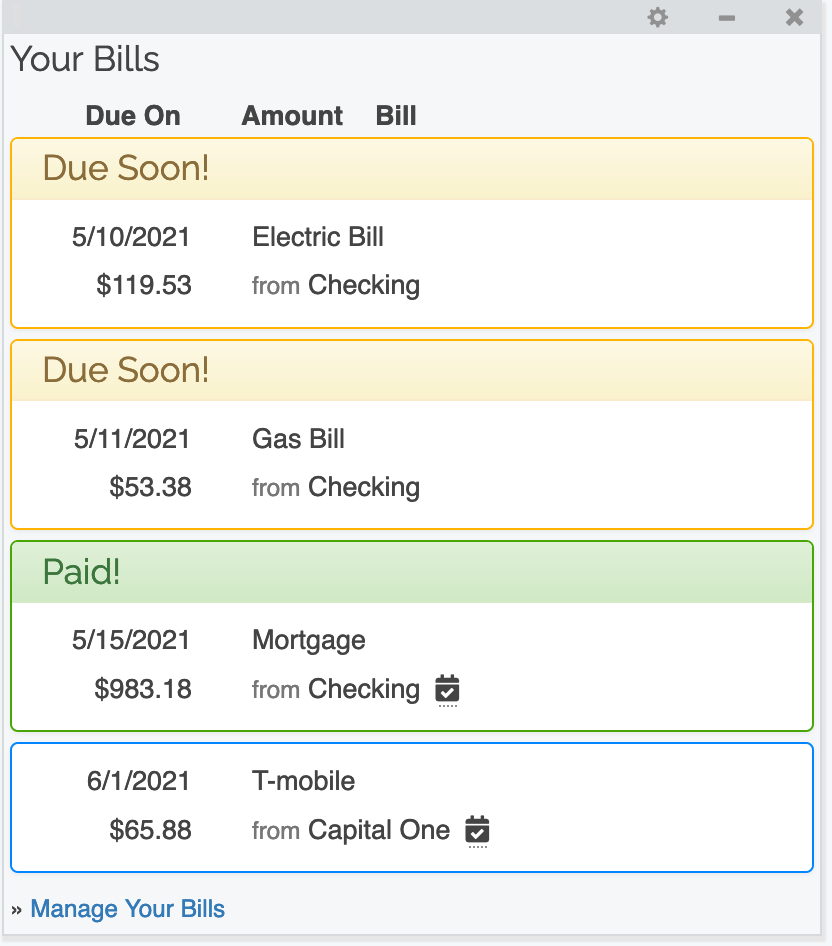 The new autopay flag will be available on the mobile apps in the next update.
Share
Tweet